On Monday, during the 2015 FAES Campus Soria: ‘Employment needed in Spain has to come from the industrial sector’ 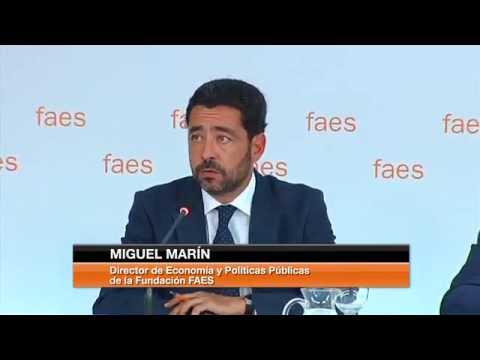 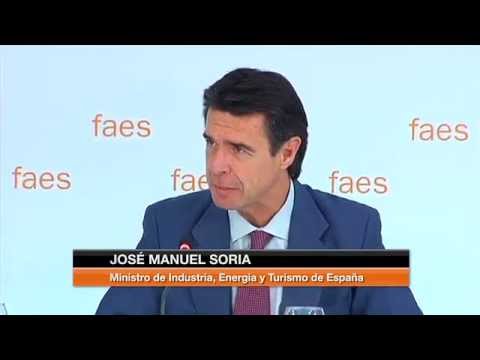 _ ‘Where there was recession, now there is growth, so it seems that the road map we devised is appropriate and necessary’

The Minister of Industry, Energy and Tourism, José Manuel Soria, spoke this afternoon at the opening of the Economics course of the 2015 FAES Campus, where he reviewed the growth benefits of the industrial and energy policies developed by the Government in its current term in office. Introduced by the Director of Economics and Public Policy at FAES, Miguel Marin, Soria recalled that ‘today Spain is the fastest growing economy in the entire eurozone’ and that ‘the reform package has enabled the first positive industrial indicators.’ However, he stressed that there is still work to be done, particularly in terms of job creation, ‘which has to come primarily from the industrial sector.’

For Soria, the fact that ‘today, Spain is the economy that is growing the most across the euro area’ justifies the fact that ‘we can say that the government's economic policy was worthwhile, because one of its main pillars was precisely getting the Spanish economy out of the pit where it had fallen.’ ‘Where there was recession, now there is growth; where there were job losses, now there is job creation, so it seems that the road map we devised is appropriate and necessary for the Spanish economy.’

Soria has referred in his speech to the reforms and measures taken in the field of industrial policy by his department over this term in office, among which he cited the boosting of non-banking funding and support for specific industrial sectors, as aerospace, shipbuilding and automotive. In his view, ‘the reform package has enabled the first positive industrial indicators, one of the necessary conditions to consolidate growth in Spain’. ‘The tourism sector will remain being very important, but it is clearly insufficient to generate all the needed employment in Spain, which has to come primarily from the industrial sector’, the minister said.