Press Release Pasquino: ‘Populists recognize no limit on the exercise of their power’ 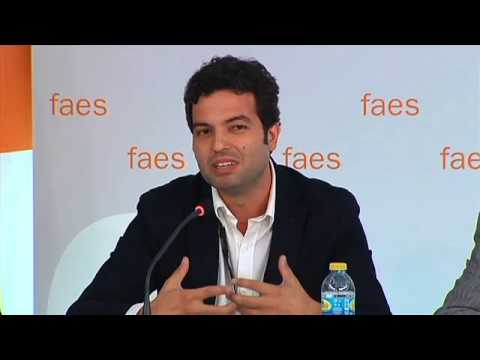 _ They do not ‘recognize the separation of institutions’ because ‘there is one single source of power: the people’

Professor Emeritus of Political Science at the University of Bologna, Gianfranco Pasquino, has taken part today in the Constitutional Course of the 2015 FAES Campus, where he stated that ‘Populists do not have, and do not recognise, any limit to the exercise of their power.’ In this regard, he noted that ‘populists do not recognize the separation of institutions and of powers’ because ‘there is one single source of power: the people.’

‘For populists, legitimacy can only come from the people, from votes’ Pasquino said, who added that ‘we know that populist leaders manipulate elections and then use their success saying that what the judiciary does is not legitimate because it cannot prosecute a leader who has won the elections; that what the Parliament does is not legitimate either, because it is old and not legitimized by elections; and that no constitutional court can declare the power of a populist who has won the elections illegitimate.’ ‘If the populist leader has exercised deplorable behaviours but wins votes, he's legitimate’, in other words, ‘when they have power they exercise it without limits,’ he added.

PART OF DEMOCRACY
During his conference 'Populism and institutions' he stated that ‘populism has many differences and many common elements depending on the country in which it arises.’ He also said that ‘it cannot be eliminated’ because it is ‘an integral part of democracy’ but that ‘we must continue to criticise it to strengthen contemporary democracies’.

In addition, Pasquino has referred to the populist style of communication, in which they try to eliminate all mediations between the leader and the people. In his view, this turns journalists into enemies of the people and, therefore, of the populists, who have traditionally been also against ‘all those who have institutional, economic and financial power’, intellectuals, foreigners and Jews. In this context, he noted that the populists consider that ‘all obstacles to the leader's communication has to be removed, which goes against all concepts of democracy.’ ‘Populism does not want to build partnerships – through which democracy is built – but to destroy them,’ he explained.

PRECISE CONTEXTS
Pasquino was introduced by the lecturer of Political Science at Carlos III University, Jorge del Palacio, who has considered that the contribution of Italian tradition to contemporary political science is very valuable. ‘Italy is responsible for creating terms like partitocrazia or particracy, and it has been an outpost of phenomena such as the implosion of traditional parties, anti-politics and recently, populism,’ he recalled. In this sense, Pasquino noted that ‘populist leaders appear in precise contexts,’ marked by ‘mobilization, institutions that are not strong enough, and weak parties’.

Finally, he explained that although ‘populism is a danger’, it also ‘produces effects within traditional parties, which change’. In addition, he said that ‘in general, no populists win general elections.’ However, he highlighted the ‘populist danger’ that their claim to ‘increase the legitimacy of European institutions through the direct election of the head of Europe’ spreads, because the continent has ‘fairly strong institutions’ which do not have a problem of legitimacy but of politics. ‘We must combine the need for European institutions with the danger that populist leaders seem to generate’, he asserted.