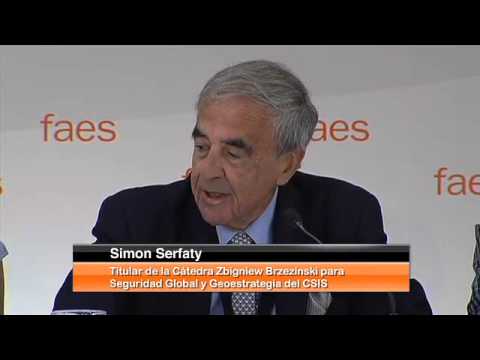 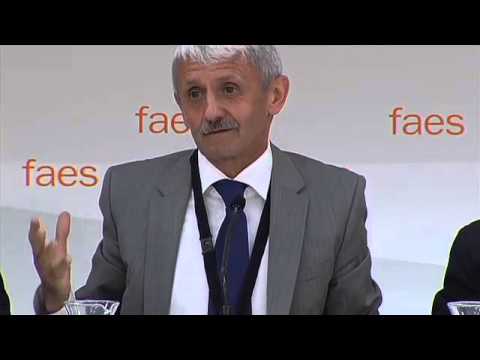 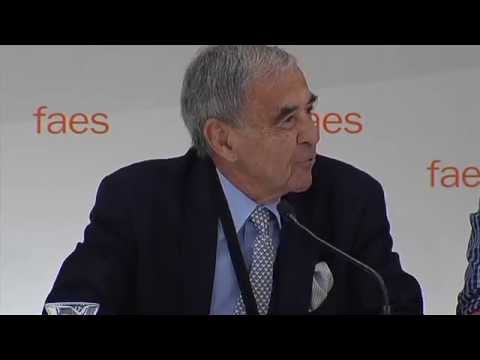 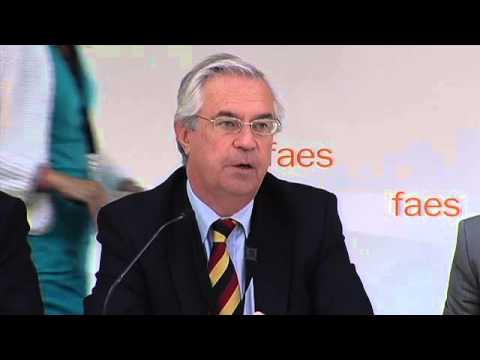 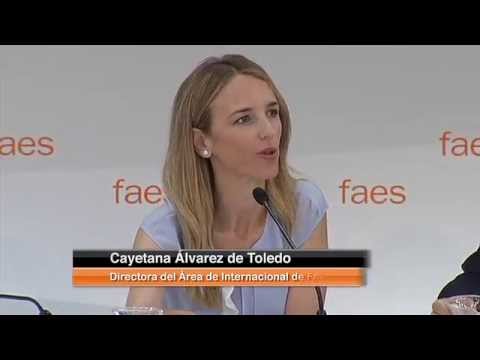 _ Dzurinda: “the collaboration between Europe and the United States needs to focus on security cooperation and on increasing economic competition”

_ Serfaty: “The 21st century Transatlantic agenda should not be marked by the relation with China and should draw Russia to the West”

_ Powell: “The Ukrainian-Russian crisis could strengthen the Atlantic link, but could also weaken it, as what happened with Iraq”

This morning, the 2014 FAES Campus ‘The Atlantic basin: Challenges and Opportunities’ course, directed by Cayetana Álvarez de Toledo, started with a roundtable in which Mikuláš Dzurinda, former Prime Minister and President of Slovakia, and Simon Serfaty, Senior Professor of Zbigniew Brzezinski Chair in Global Security and Geostrategy at the Center for Strategic and International Studies, took part. They were introduced by Charles Powell, Elcano Royal Institute Director, and they addressed the situation of the Transatlantic relations and the future of the Atlantic community.

Dzurinda highlighted that “the collaboration between Europe and the United States needs to focus on security cooperation and on increasing economic competition in both regions”. “Having a Transatlantic thought is extremely important for Spain and Europe”, he pointed out, because, as he said, “having a close relation with the United States, we are more able to respond to the challenges than individually”. “Security cooperation must be the first point in our collaboration agenda, as well as boosting competition. The TTIP, the free trade agreement that both regions are negotiating, gives us a great opportunity”, he stated.

On the other hand, Dzurinda expressed that “the events happening in Ukraine should awake us, both sides of the Atlantic”. In this respect he pointed out that “Obama’s decision of leaving aside Europe and feeling more concern for Asia soon became clear that was a mistake”. According to him, Putin’s movements on Ukraine were made “more for domestic reasons than as a result of strategic ideas”. “But we should not undervalue them, it will be dangerous when Putin will realise his loss of influence and power”, he warned. According to him, “Ukraine has decided to belong to the West and I am sure that it will become part of the European family. It will not happen immediately, of course, it will have to fulfil the political and economic duties as we did in Slovakia”.

Furthermore, the former Slovakian President drew attention to the energy and demographic problems in Europe, which, he said, “needs to be less dependent on Russia, because Putin is exploiting this situation”. “We need new and more diversified resources”, he stated.

TRANSATLANTIC AGENDA
Simon Serfaty mentioned that the 21st century Transatlantic agenda “should not be marked by the relation with China” and must not “weaken Russia, but draw this country to the West”. According to him, we also need to pay attention to the current conflicts, “to me, the most important one is that of Iran”.

He also assured that “the transatlantic idea is fragile”; therefore, we would need to “renew the dialogue between the United States and the European Union”, as well as to “manage to resume the EU-NATO dialogue as well as to achieve more relations between both sides of the Atlantic and inclusive actions in the South Atlantic countries”. “When, if not now, are we going to do something in the Transatlantic basin?” he asked.

When chairing the session, Charles Powell referred to the crisis in Ukraine and highlighted that the European Union is experiencing a moment of lack of clarity with regard to foreign policy and security. According to him, “the Ukrainian-Russian crisis could strengthen the Atlantic link, but could also weaken it, as happened some years ago with Iraq”.