On Tuesday 30, at the 2015 FAES Campus Akhil Nigam: ‘A change of business model is necessary to respond to start-ups’ 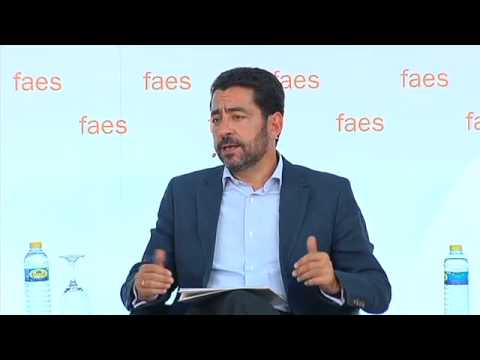 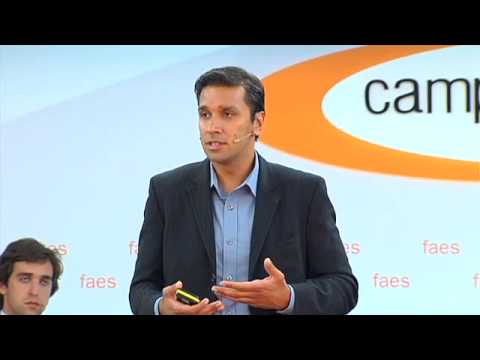 _ ‘Cheaper infrastructure, open source software and a more interconnected world than ever’ have caused ‘a start-up boom’

_ Cerdan: ‘In Spain, the industrial sector are SMEs and freelancers and we have forgotten them. Entrepreneurs can also emerge from there’

_ Schnura said that ‘Spain is, after the United Kingdom, the country in Europe where more money is invested in start-ups, but with a very low success rate’

MassChallenge cofounder, the start-ups accelerator, Akhil Nigam, participated this afternoon in the round table 'Innovation and Entrepreneurship: The Transatlantic Divide, in the Economics Course of the 2015 FAES Campus. Introduced by the Director of Economics and Public Policy of FAES, Miguel Marin, Nigam said that ‘a change of business model is necessary to respond to start-ups’. ‘There is not a single industry now that is not changing by the change in consumer behaviour and business models patterns,’ he stated.

In this regard, he noted that ‘a cheaper infrastructure, open source software and a more interconnected world than ever’ have made the ‘innovation rate grow exceedingly.’ This, he noted, ‘has led to an explosion of start-ups, with more, younger founders, a higher rate of experimentation and very fast feedback.’ He also said that ‘start-ups attract talent and talent is going to start-ups’, and added that the catalyst comes ‘from connections with governments, employers, mentors, universities and companies and foundations’.

Nigam also emphasized that ‘now everyone thinks about how the future will be in ten years’ time’ and, while ‘the question for governments is how to capture economic growth’ through innovation and by easing entrepreneurship, ‘if you are a company you have to think on what is likely to happen and how to compete globally.’ ‘The world in which we live is a global market and no longer requires experience. There are no rules anymore, things are done right then and there’, he added. Likewise, he referred to how new world features are changing the power of technologies and how the start-ups sector sees the economic crisis, ‘not as a burden but as an opportunity to go to a second industrial revolution.’

CREDIBLE PROJECTS
The subsequent discussion included the CEO of ACENS Jose Cerdán, and the founder and president of Tyba, Jorge Schnura. For his part, Cerdán pointed out that it is necessary ‘to find projects that are good and credible’ and asked not to depend so much on technology for the creation of start-ups.’ In Spain, the industrial sector is SMEs and freelancers and we have forgotten them. Entrepreneurs can also emerge from there,’ he said. He also expressed the need for society to learn to enterprise through education, because, in his view, ‘there is not a lack of ecosystem, there is a lack of interest, of desire’.

Finally, Schnura said that ‘Spain is, after the United Kingdom, the country in Europe where more money is invested in start-ups, but with a very low success rate.’ In this regard, he noted that ‘in Spain there is talent’, but ‘we try to copy the models of other countries without realizing that we are a different country.’ ‘We have to define the strengths we have here’ and to do this ‘education is key, because as far as entrepreneurship is concerned, so far they are only patching things up,’ he concluded.