On Wednesday 1, during the opening session of the Constitutional Course of the 2015 FAES Campus OPENING OF CONSTITUTIONAL COURSE Pizarro: ‘Institutions are the backbone of organized societies’ 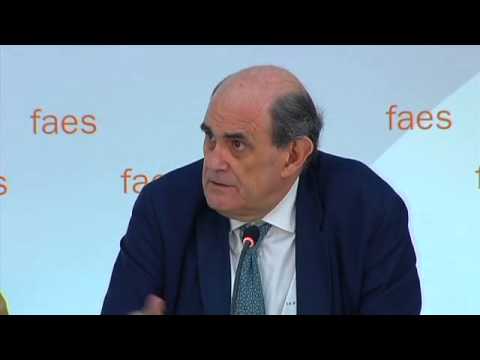 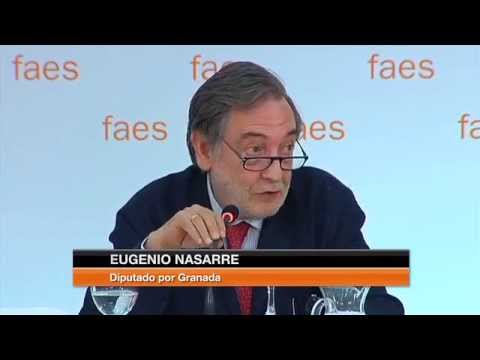 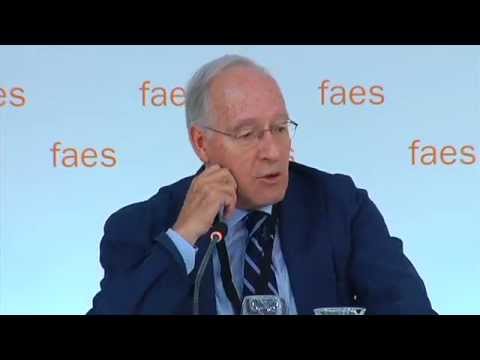 _ ‘When that cornerstone of coexistence is touched one must know why, with what purpose and what is to be achieved’

_ ‘Hallmarks of open societies are the Rule of Law, market economy and pluralistic associations, civil societies’

The State attorney and Chairman of the Conference of Social Councils of Spanish Universities, Manuel Pizarro, took part today in the opening session of the Constitutional course of the 2015 FAES Campus. In his address Pizarro said that ‘institutions are the hallmarks of societies so that the latter can delimit coexistence and, in the end, they are the backbones of organized societies.’ ‘These hallmarks of open societies are the Rule of Law, market economy and pluralistic associations, civil societies,’ he said.

He also said that ‘without the Rule of Law there is no democracy or institutions, because everything in the Rule of Law is subject to it and because in a developed society, it is the Rule of Law that governs the life of institutions, of people and of the market.’ In this regard, he stressed that ‘The Constitution is in the frontispiece of the Rule of Law, it is the sheltering sky of coexistence’. ‘You cannot make a clean sweep of a Constitution that was so very hard to make’, he said, and added that ‘it was an act of reconciliation, an act of agreement, it was a compromise in which everyone relinquished something so that we could live together and when that cornerstone of coexistence is touched, one must know why, with what purpose and what is to be achieved’.

In his view, ‘One must know something important: that countries regress, that situations that seem solid can become liquid and even gaseous and countries disappear, that the foundations of democratic societies, that is, institutions, are sometimes undermined’. In addition, he pointed out that ‘examples are clear’ and he mentioned Argentina, Venezuela and Italy. The conference, titled 'Strength of Institutions as the Foundations of Democracy' and which was introduced by the MP for Granada, Eugenio Nasarre, has also had as speaker the former Prime Minister and president of FAES Foundation, José María Aznar.

RETHINKING POLITICAL PARTIES
Pizarro has also referred to the importance of the Crown and spoke of the Parliament, saying that ‘within their flaws and virtues, the Spanish society is displayed.’ He also said that ‘we must rethink the situation of political parties, the life of political parties, their democratic functioning and their financing’ and he asserted that ‘the great Achilles heel of open economy countries is corruption.’ In his opinion, ‘one pending reform is the Administration’.

In addition, he stressed that ‘lacking in the Spanish legislation is the responsibility of the legislator. When someone legislates wrongly and damages the citizen, that person should not go unpunished.’  In his view, ‘if there is no protection under the law to limit abusive power, whether political or economic, we cannot say that the system works.’ ‘Late justice is not justice’ and ‘justice is what should permeate the entire operations of the institutions,’ he said, to which he added that ‘there must be independent judges of all kinds of powers, immovable and responsible according to law, without there being any area of impunity’.

When introducing the Constitutional course of the 2015 FAES Campus, 'Spanish Democracy 2015: Proposals for Reform and Rupture Projects' its head and director of the Department of Constitution and Institutions of FAES Foundation, Ignacio Astarloa, has said that ‘it is essential to reform the functioning of Parliament.’ ‘Parliament elections, parties, an increasingly incomprehensible code and the judicial activism that is being developed in this country deserve consideration’, he pointed out. Astarloa said that ‘in the times of crisis we are experiencing, we are also facing an institutional crisis that requires political and reformist action to strengthen what is valuable and that should be strengthened, Spanish democracy, both parliamentary and constitutional’ because ‘there are some who are taking advantage of the crisis to carry out its systemic demolition.’